Our newest broodmare arrived December 18th, 2015.  My Christmas present from me to ME.
The details: she is a total WHO’s WHO of Hanoverian breeding super stars!
SPS Soraja is a SPECTACULAR 2010 Hanoverian mare who almost literally fell into my lap in the fall of 2015. Thirteen years ago when I first decided to kick my mare lines to the very top of the Hanoverian breeding program, I had a set of criteria that many told me was unattainable.  I wanted a mare with modern bloodlines and superior testing scores:  a minimum score of 8 on both her studbook inspection and her mare performance test.  A number of people experienced with importing German mares asked me “Why do you insist on those scores?” to which I answered: “Because I’m the buyer and that is what I want!”
Soraja’s Performance Test
HUGE “Thanks” to Verne Batchelder at River House Hanoverians: www.rhhanoverians.com.  Twelve years ago he found my first two overall 8 mares: SPS Withney and SPS Rose, and now he has found SPS Soraja, another superior mare for our farm!

So here’s how it went down...
From Verne:
That last email definitely led to a celebratory glass of champagne! 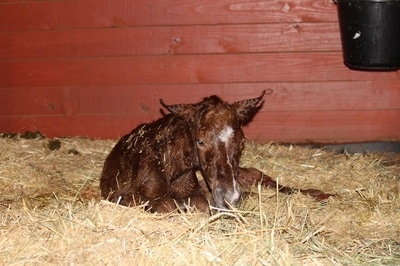 Welcome to the world Bianka! 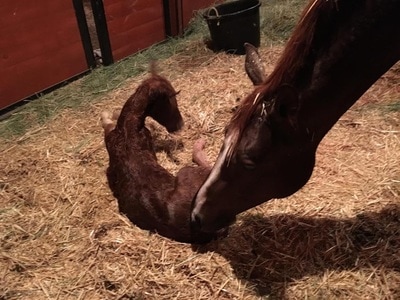 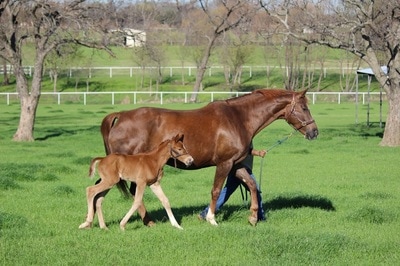 With mom in the pasture